It’s late enough in December that any notion I had of sewing or knitting great gifts can be forgotten! With that in my mind I’ve been looking for some fast and effective handmade gift ideas.

I’ve been collecting old coffee tins with the plan to eventually do something with them. These covered tins are a great way to use up interesting fabric leftovers.

I began by interfacing the pink fabric as it was a little light and cutting a rectangle slightly larger than the surface of the tin. 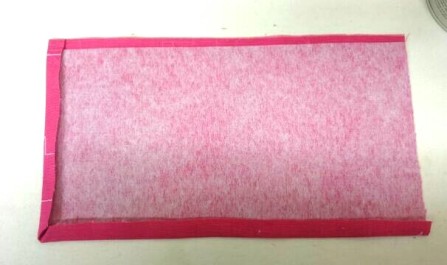 After gluing the back seam and the top edge, I cut off the extra fabric using a sharp blade 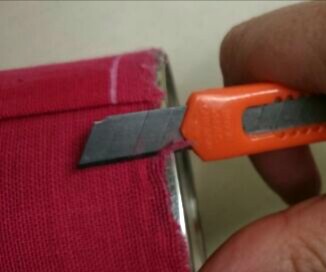 For the floral and the green tin, I folded top and bottom edges of the fabric before gluing in place: 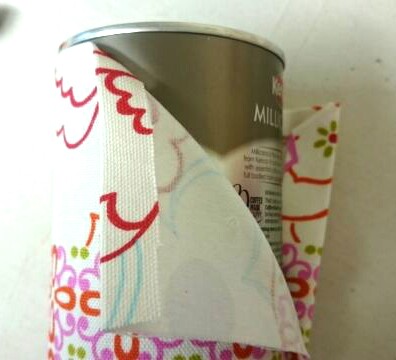 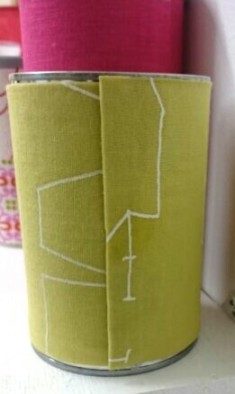 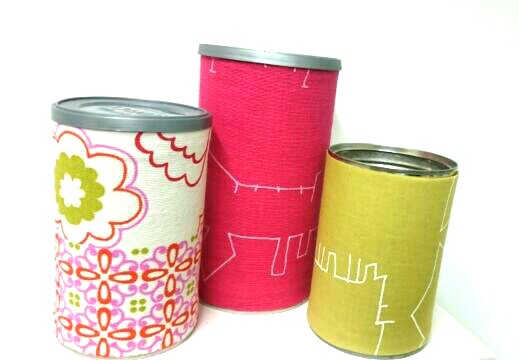 And there you have it – a  quick and easy Gift !

Ps.- if you’d like to make some quick Christmas star decorations, have a look at the ones I made last year

A Makezine link popped up in my Facebook news feed the other day for some cardboard star decorations, and I couldn’t wait to give them a go.  It’s for an Origami Star Holiday Decoration.  If you’re looking for a quick Christmas craft to do yourself or with kids… give it a go!

I didn’t have any cardboard to hand, so I took the bag of cereal out of the cornflake box and used that! It gave me flashbacks to my childhood.   We used to watch the programme ‘How do you do?’ a craft show on RTE( Irish Tv channel) –  and, afterwards I’d empty every food packet in the house to get useable cardboard!! My poor mother had a lot to put up with.!  I remember some days we would have to ring my dad at work and beg him to bring home some pipe cleaners for the next ‘make & do’ project we’d just seen the presenter Mary FitzGerald create.  ( One of my earliest career ambitions was to have Mary Fitzgerald’s’ job when I grew up !)

The star above was made with cardboard with some silver crepe paper stuck onto the square before I started folding and sticking.

The black ones are made from some light craft card:

Which we then covered with some silver snowflakes ( meant to be used as table confetti!) 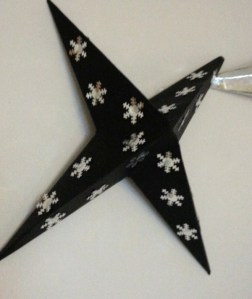 Then I took some crumpled gift wrap from the recycling pile – ( and crumpled it some more! ) before sticking it to another cardboard square and then turning it into a star!

And finally a group shot! –

The 8 – point star was made by sticking one star on top of the other!

** In case you’re wondering – while typing in the title, I was reminded of one of my favourite songs