We’ve just come out of the longest heatwave I can remember in Ireland, amazing sunshine every day is not something we are used to around here! So you can imagine we’ve spent more time than usual outdoors, and not much sewing has been happening. I have been knitting and made an attempt at joining in with Kate’s knitalong but progress has been slow and there’s not much to show and tell there!

So for now I’m sharing some pictures of a finished sewing object – I’ve made 2 versions of this shirtdress,  it’s Simplicity 8014 and they’ve gotten a lot of wear.  I think I first saw this pattern on Beth’s sewing blog – Sunnygal Sewing Studio. If you’re not following her, then I definitely recommend it – lots of very useful sewing information from a lady who knows her stuff!

I made a few changes from the original and took some photos as I went . The picture below is of the dress inside-out on my dressform:

I used a black and floral cotton fabric that I bought from the remnants bin, and a lightweight cerise pink poly crepe to line it.  It’s mostly underlined (when both fabrics are held together and treated like one piece), except at the hems and side seams, where the lining hangs separately. I’m sharing a few pics that show how I treated the pockets, which are held in the side seams.

Instead of making two separate pockets from lining and fabric, I joined them together from the beginning so that all the raw edges are hidden.

Using 2 pocket pieces cut from fabric and two from lining, I laid them with the fabric pieces right side together, and then two lining pieces on top :

After sewing through all four layers, I trimmed away the excess fabric from the curved edges.

Then snipped as far as the stitching at the opening edges as below: 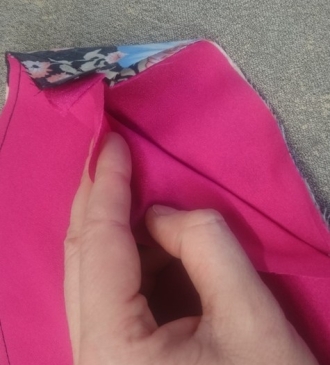 I joined them to the shirt side seams on the main fabric. When I was sewing up the lining side seams, I left the pocket opening in the seam and pulled the pocket through, so that it hangs on the inside of the dress, rather than between the dress and lining. The lining can then be hand or machine stitched to the pocket edges. 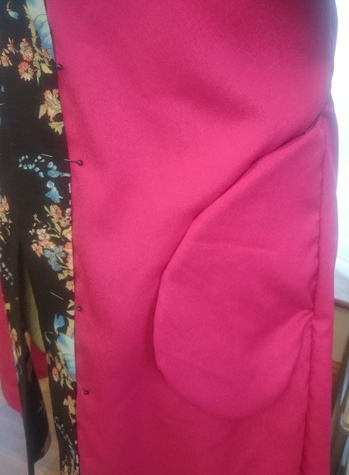 Pocket bag hanging on inside of dress – before ironing!

So there you are, hopefully it’ll be of use to someone! I do still have to finish my burda cape-jacket, but it’s parked up for now, while I decide if I need to shorten it before adding the buttons,  it could be a while before that shows up as a finished object!

One thought on “Shirtdress details :Simplicity 8014” 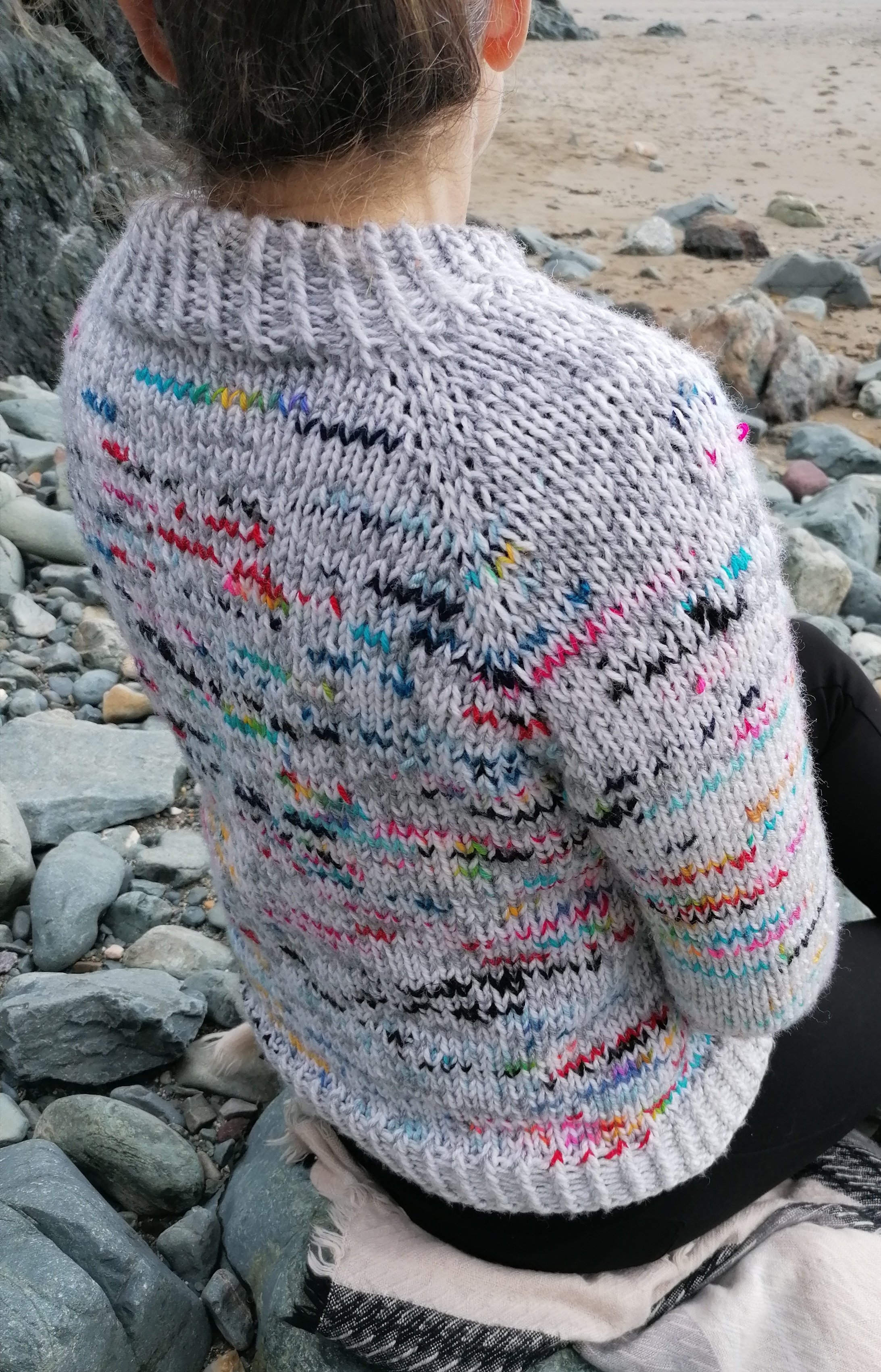 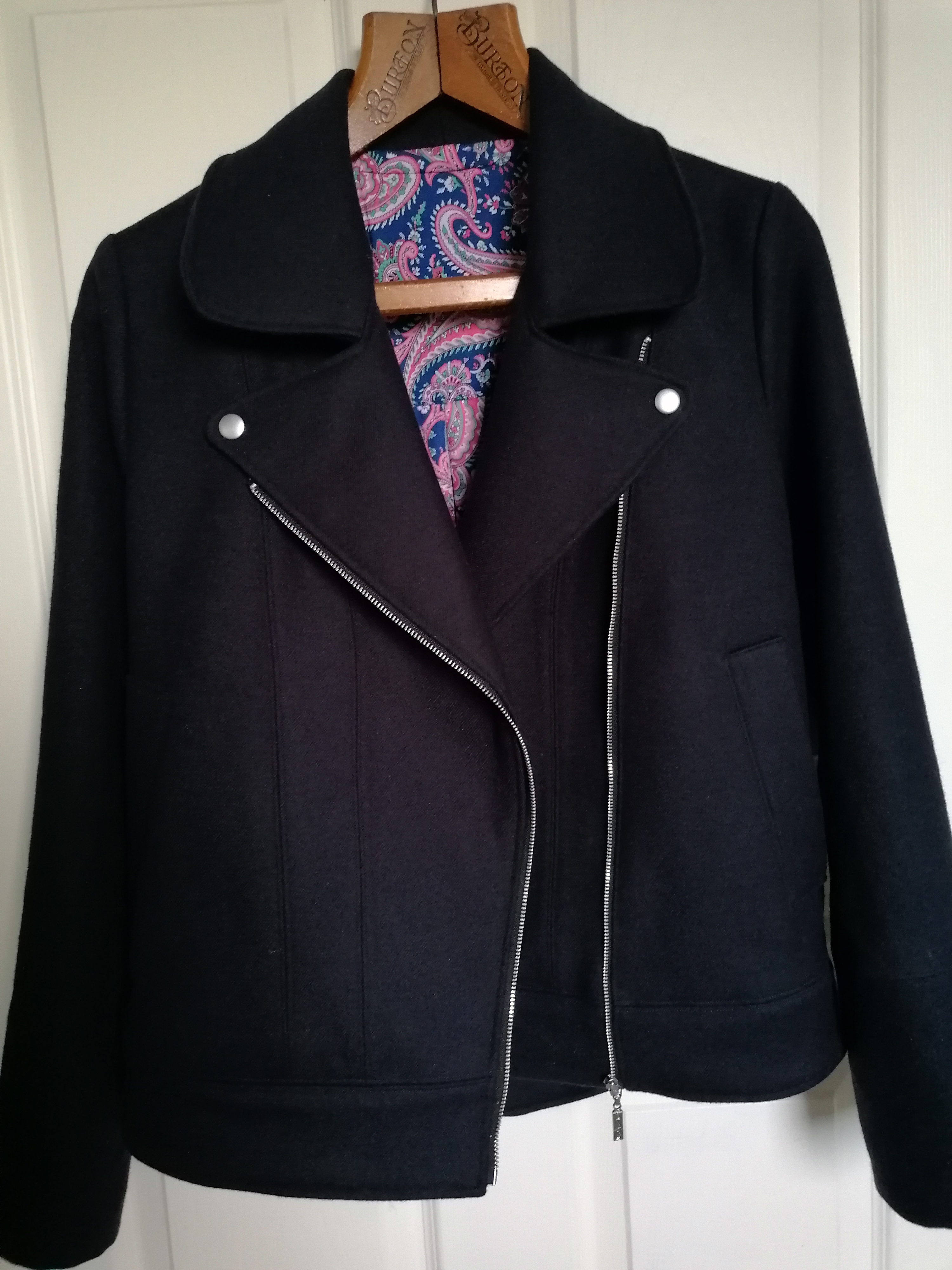