Cropped top… No thanks…. I’d freeze! The sun might have appeared the last few days… but it’s still an Irish spring! So I lengthened mine – 4cm above the dart and another 7cm onto the hem.

I had traced this at the same time as my blue skirt. (… Which btw I have started to like again – pockets are in progress).

I used french seams on the sides and shoulders. And then overlocked and turned back the armhole seam. 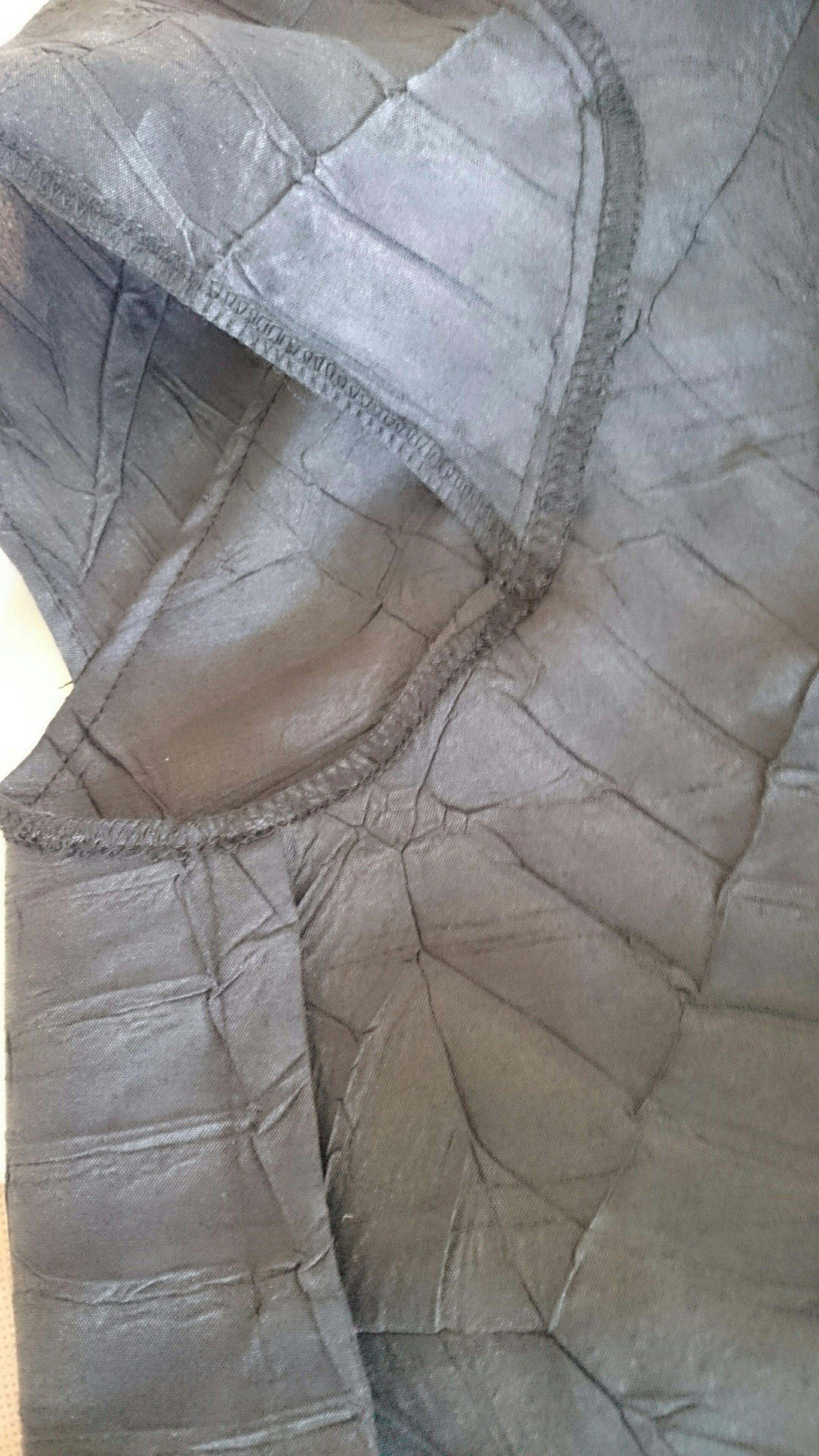 I bound the neckline and continued it into a button loop at the back neck: 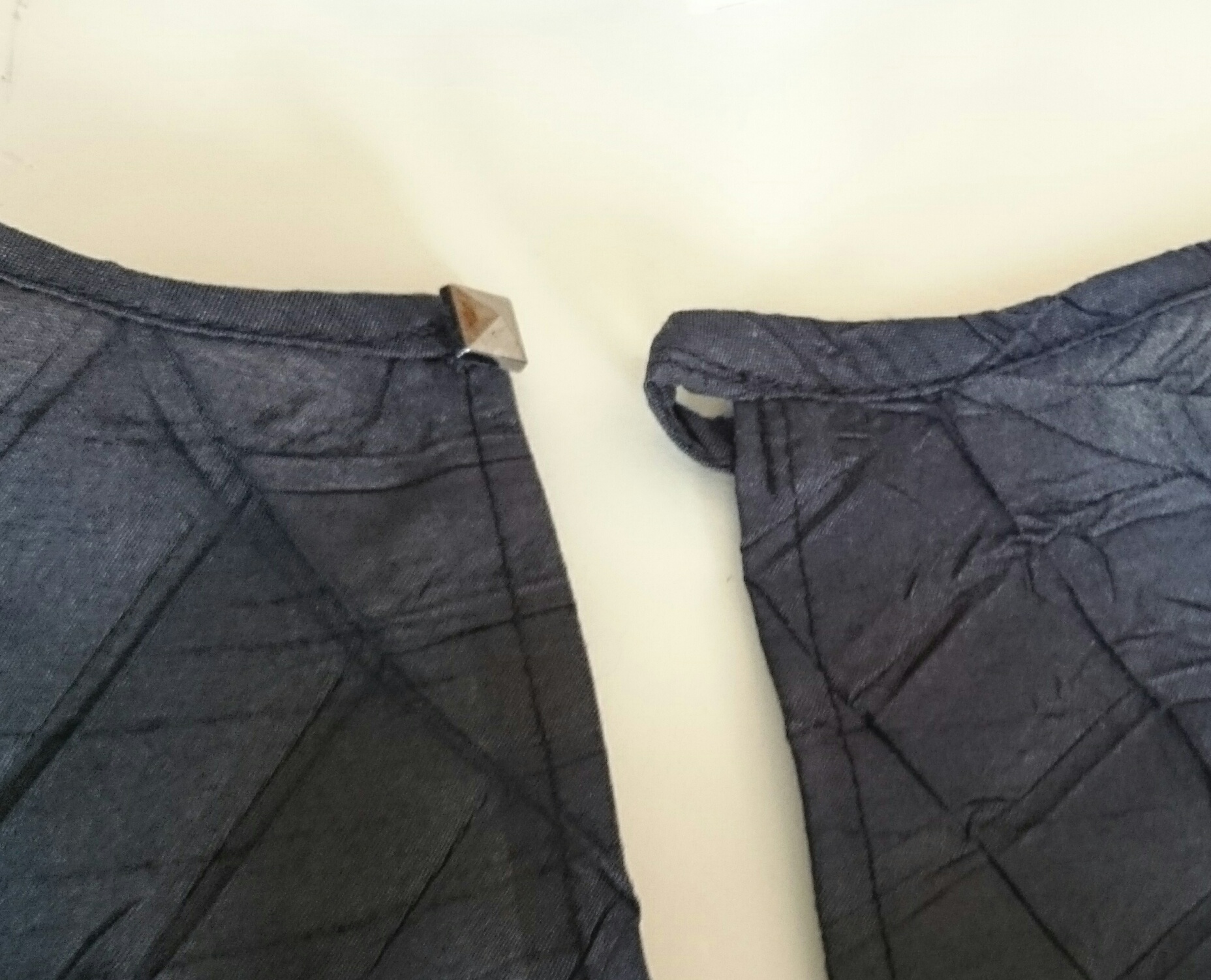 I quite like the shaped armhole seam, which I topstitched down- 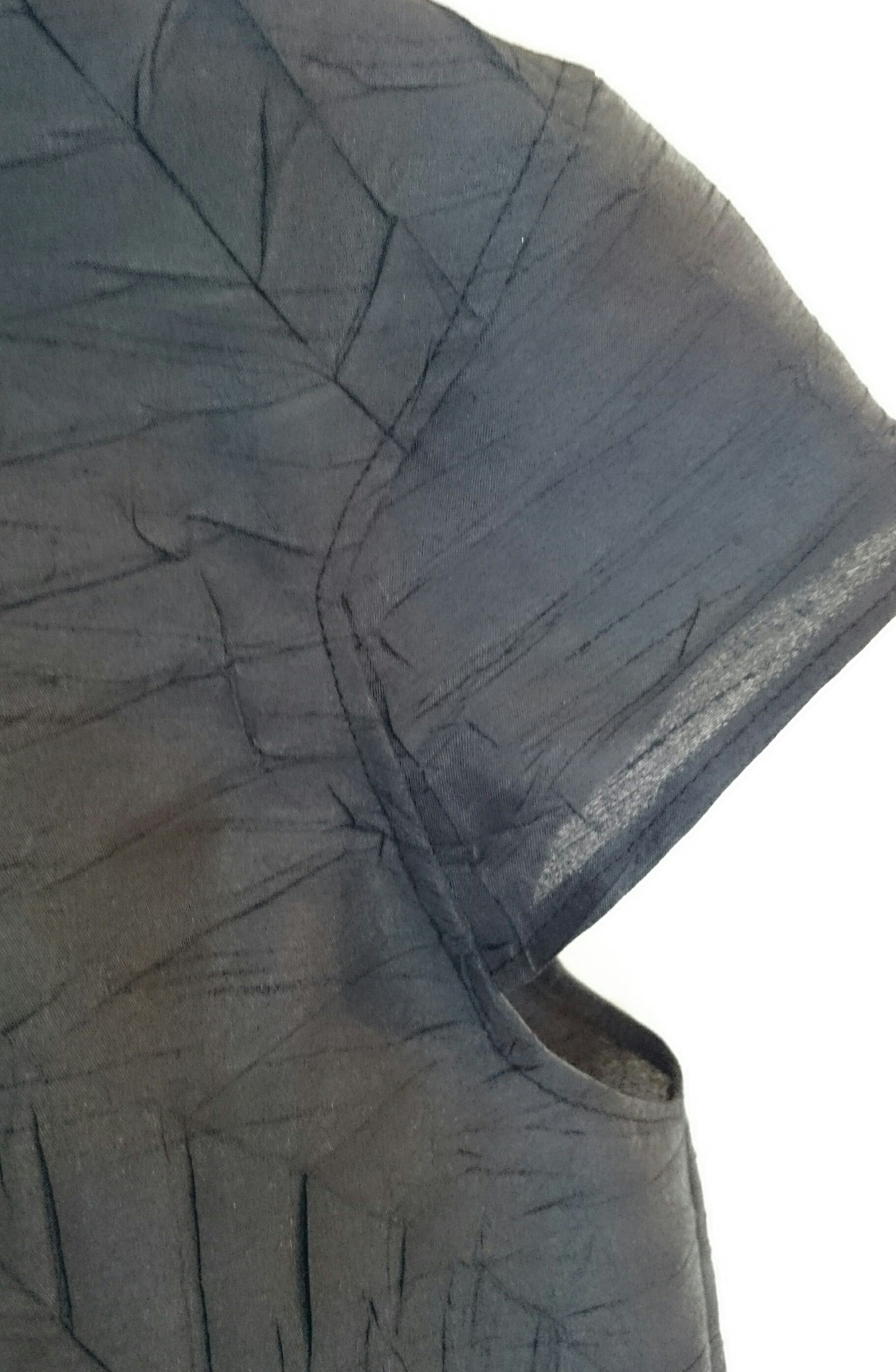 I used a lightweight fabric that isn’t very drapey – not surprising since this isn’t apparel fabric! It’s cut from a curtain voile remnant.
I thought it was sticking out too much at the back, so instead of closing the centre back, I added a thread chain and two buttons – 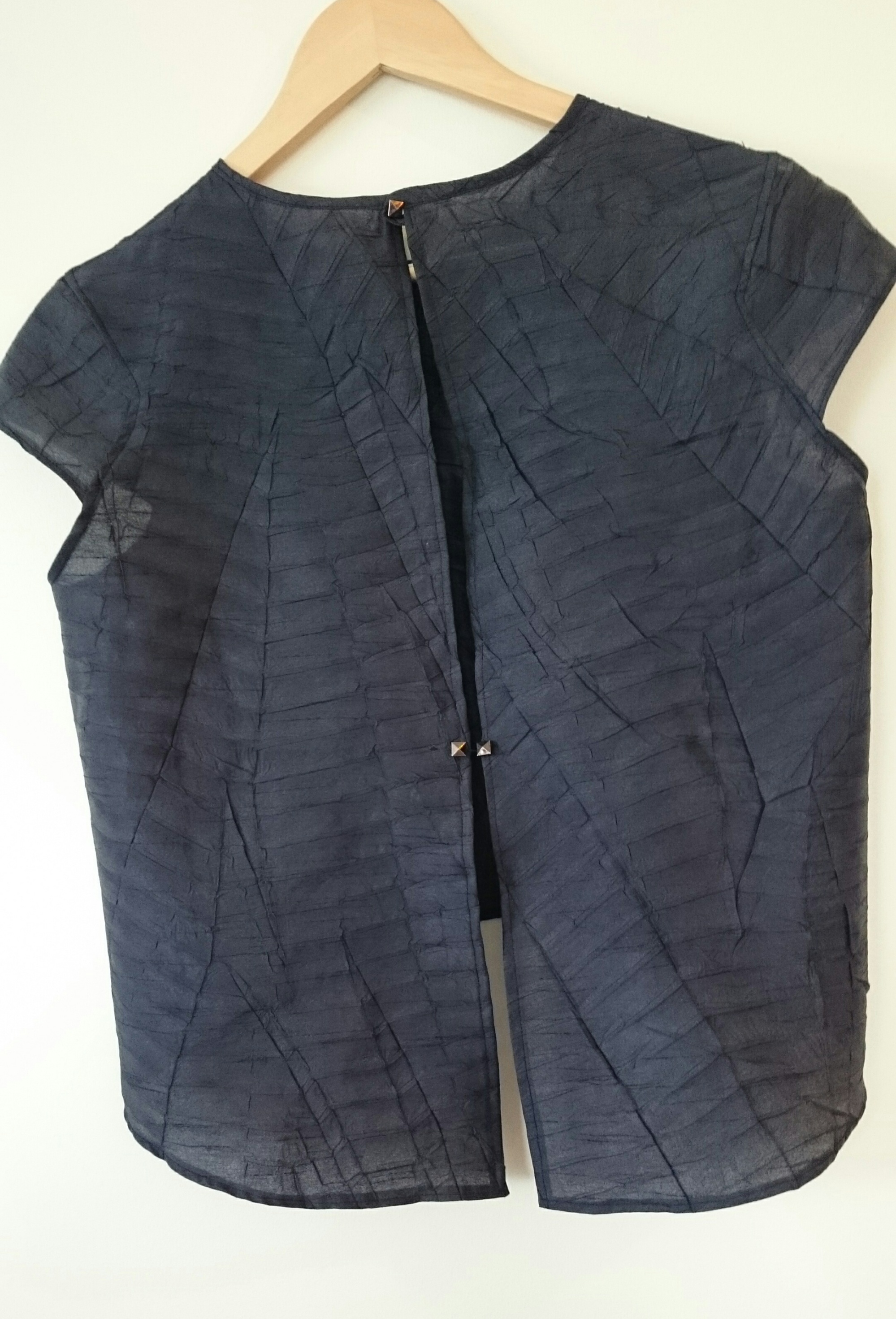 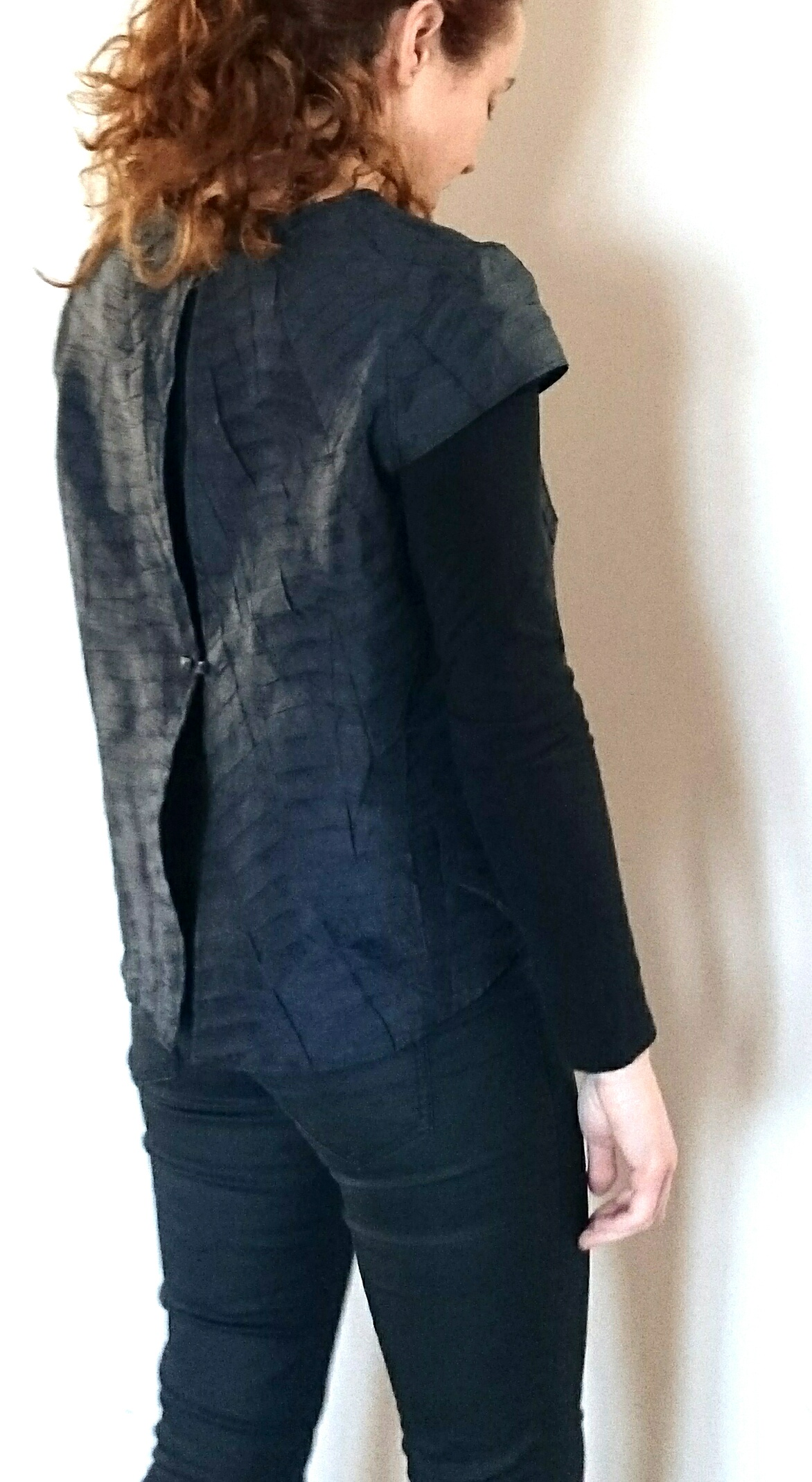 I’m wearing it with along sleeve top underneath, but it looks quite nice on it’s own too…. when it’s warmer maybe!